an memoir-essay by Kelly Mcaulley

*Disclaimer: the video is missing. I'm having one of those 'i just saw it!' moments so until I find it (hopefully i'll find it) just pretend your flash player is broken because your system is outdated and you're too lazy to update it and, instead, use your imagination in the essay below! This is a real video. It’s from exactly ten years ago; April 2007. Earlier on this day that this video was made, I had an important meeting at school with the board of education to examine my progress the last four years of high school and determine my future from this point. This is probably the moment where I realized these appointments at my doctors, these annual meetings with my councilors and these advisors were like being an inmate and meeting the judge to see if i was finally being released. My mother was supposed to be there but she couldn't make it. I attended a special class for one period a day for students like myself, and my teacher of the last fours years of that class sat with me instead. I smiled, I said hello, I listened, I answered their questions Some of what they said was translated to me by my teacher. By the end of the meeting one of them closed with ‘So for next year …’ and, as he continued out loud, in my head I lost it. “Next year?! There is no NEXT YEAR! This was it. This was supposed to be it. I did everything I was supposed to. I was finally getting A’s and B’s in my classes. Sure, 9th grade was terrible and that follows me i guess .. but isn't there a reason i’ve been seeing a doctor and taking medication? Isn't there a reason I didn't have a lunch period for the last 3 grades and leaving my beloved activities and hobbies behind .. the fundamentals of self-discovery? What happened to the no child left behind act they told me about? I don't expect special treatment but hey you put me in treatment!” They closed their notepads and folders. They came to shake my hand and smiled on their way out like I was 50 years old in a suit and tie in the boardroom and we struck a deal. I smiled back, shook hands, but I was livid. I felt cheated; fucked over if you will. There is something so infuriating about having to spend all year long going to different classes for different grades in a single day to make up all that you failed or missed long ago in order to graduate come June. There is something so infuriating about spending the last 8 years on a variety of medications (that your parents paid for and often argued over) to go to school and people refer to it as ‘the smart pill’ and 'the happy pill’ and it STILL screws you over. No parole.

All the other students in my grade were preparing for the senior prom, the senior trip, the Senior BBQ on the football field, and of course: graduation. I remember hearing the music, screaming and laughing from the BBQ outside my class window and felt as if I was going to react like Edward Scissorhands watching Kim and Jim making out in the yard and storming down the hall clawing the walls and the bathroom .. I could've done that and popped those balloons lining the fence. I know I could’ve done better, I know I could’ve worked harder. Half of me wishes I didn't skip some fridays to go into the city the year before and the other half knows how many wonderful unique memories I have from being 16 and doing so - like the saying where the opportunity for money will be there but memories won't be. You're only young once, right? My father sat me down when I was 13 and informed me that, when I got to be 16, and if school was still a struggle for me, then I had his permission to drop out. But he passed away before I got to junior year. Oddly enough, I didn't want to drop out. I'm sure people expected expected me to be long gone now, too. But I wanted to see myself succeed, I wanted to be proud of something. I knew people expected me to be long gone by now but I stayed and wanted to graduate. I also wanted to be with my friends because they didn't have that same permission I had and if they had to be here then I wanted to be with them. I didn't t have anywhere else to go, anything else to do, and I made it this far, so I told myself to finish the year. But I felt like a total failure, completely worthless. This is the beginning of the rest of my life … where I was lead to believe that I was supposed to find myself and the success I have here is supposed to lead me to a successful stable adulthood. I was angry at myself, my doctors, and my school, I emptied out my locker and went home where I wrote a series of messages on the back of my school ID card on camera, revealing each message on video, cut it up into pieces and threw them at the lens. A week later I had a nervous breakdown in the nurses office at school. (TO BE CONTINUED ..)

A Poem: "Away From The Dance Floor" 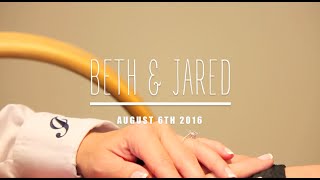